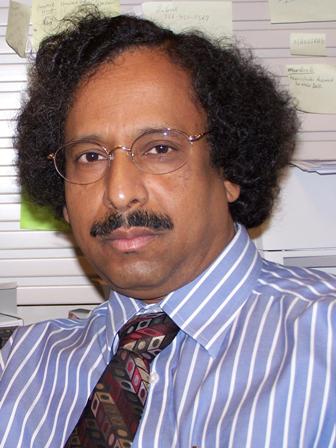 Biography: Bimal Krishna Banik was awarded Bachelor of Science Honors Degree in Chemistry from Itachuna Bejoy Narayan College and Master of Science Degree in Chemistry from Burdwan University, West Bengal, India. He was awarded Ph. D. degree by Jadavpur University based upon his thesis work performed at Indian Association for the Cultivation of Science, Calcutta. He was a Postdoctoral Fellow at Case Western Reserve University (Ohio) and Stevens Institute of Technology (New Jersey). His numerous contributions in research, teaching, mentoring, advising and social activities are extremely recognized by students, scientists and professionals globally. He is a Fellow (FRSC) and Chartered Chemist (CChem) of the Royal Society of Chemistry, England. Professor Banik has been involved in organic/medicinal chemistry and drug discovery research (cancer, infection, hormone, natural products, fertility, catalysis, microwave and ultrasound) for many years. As Principal Investigator, he has been awarded $7.25 million USD grants from National Institutes of Health, National Cancer Institute, Kleberg Foundation of Texas, and University of Texas M. D. Anderson Cancer Center. He has acted as the Program Director of numerous USA federal grants as well. Importantly, he has published more than 315 papers, patents, reviews, perspectives, book chapters, and editorials along with approximately 460 presentation abstracts. The number of citations of his research papers is close to 6000. His research contribution has been published in major journals and books (ACS, Elsevier, Wiley, RSC, Springer, Springer Nature, Bentham, Taylor & Francis, CRC, Raman, MDPI, and Thieme). In addition to journal citations, his research contribution and recognition has exposed in media more than 200 times. He has mentored 20 postdoctoral fellows, 7 Ph. D. Research Scientists and more than 450 students in research laboratories. He has also been advising 8 university faculty members in their research. Most of his students and scientists are well-placed in all over the world. Dr. Banik has served as the Principal Investigator of a collaborative green chemistry symposium between USA and India. He presided 20 research sessions at the American Chemical Society National Meetings, over two dozens of conferences at the State and International level including one at the Nobel Prize celebration in Germany. He is a reviewer of 93, editorial board member of 28, editor-in-chief of 9 and guest editor of 6 journals. He is an examiner of NSF, NCI, ACS and International grant applications; reviewer of promotion & tenure of faculty members of national and international universities; examiner of doctoral theses; panel member of USA NSF and USA NCI grant study sections. Dr. Banik has served as a Tenured Full Professor at the University of Texas-Pan American (UTPA) and an Assistant Professor of University of Texas M. D. Anderson Cancer Center for many years with exceptional research, teaching, mentoring, advising and service records. Currently, he is the Vice President of Research and Education Development of Community Health Systems of South Texas. He has received many awards and recognitions for his contributions that include Mahatma Gandhi Pravasi Samman gold medal from UK parliament, Indian Chemical Society’s Professor P. K. Bose endowment medal, Dr. M. N. Ghosh gold medal, University of Texas Board of Regents’ Outstanding Teaching award, numerous top-cited papers awards by Elsevier Journal (UK), Indian Association of the Rio Grande Valley’s Community Service award for outstanding contributions in the field of science and tireless service to the student community and academia, Best advisor award in USA by the National Society of Collegiate Scholars (Inspire-Integrity award), American Chemical Society Member Service award, USA National Cancer Institute webpage recognition, Best research & creativity award by the UTPA, Best Mentor Award by the UTPA, Burdwan University Eminent Alumni Recognition since 1961, One of the most influential persons in the world out of top 500 influential living persons in the world and most prestigious First President’s Endowed Professor position by the UTPA since its inaugural year.

HONORS AND AWARDS: Selected as one of “Most Influential People on Earth out of 500 most influential persons in 2016” by US News Corporation; Selected as one of “Eminent Alumni” by Burdwan University in 2016”; Served as the Principal Investigator of the US-India Scientific Collaboration on Green Chemistry; Selected as the First President’s Endowed Professor at the UTPA; Selected as the winner of  the UT  Board of Regents’ Outstanding Teaching award; Selected as the winner of the US National Society of Collegiate Scholars Best Advisor award; Selected as the winner of Mahatma Gandhi Gold Medal, P. K. Bose Endowement Medal, Dr. Ghosh Gold Medal; Chosen as one of the Finalists for the UT Chancellor Award in Teaching for successive 6 years; Recognized at the US NCI webpage; Served as the Program Director and Principal Investigator of numerous NIH and NCI grants; Served as the Chairman of the Faculty Research Council; Received 6 top-cited publications awards; Invited and served as the Chairman of 20 sessions in chemistry at the US National Meetings and Numerous at the Internatinal conferences; Chemical & Engineering News highlighted research 4 times; C & E News selected 6 presentations as “presentation on demand”; Publications are selected for press releases in American Association for the Advancement of Science website;  Serving as the Editorial Board Member of 26 journals, Editor-in-Chief of 6 journals, Guest Editor of 8 journals and reviewer of 93 journals; Serving as the Panel Member of  NIH, NCI, NSF, and International Grant Application (Austria, Spain, Belgium and Canada); Reviewed 2000 grant and manuscripts; Reviewed 23 Ph. D. thesis; Received 50 Certificates for excellent mentorship; Delived lectures at the numerous international research conferences including Nobel Prize celebration meeting and 100th year anniversary of Indian Science Congress; Nominated for the US Professor of the year award and US Presidential award for mentoring; Received ACS member service award; Recruited more than 150 Ph. D. level Editoral Board Members for journals; Founded 4 international journals; Served as a member or chair of many national and international education and research committees 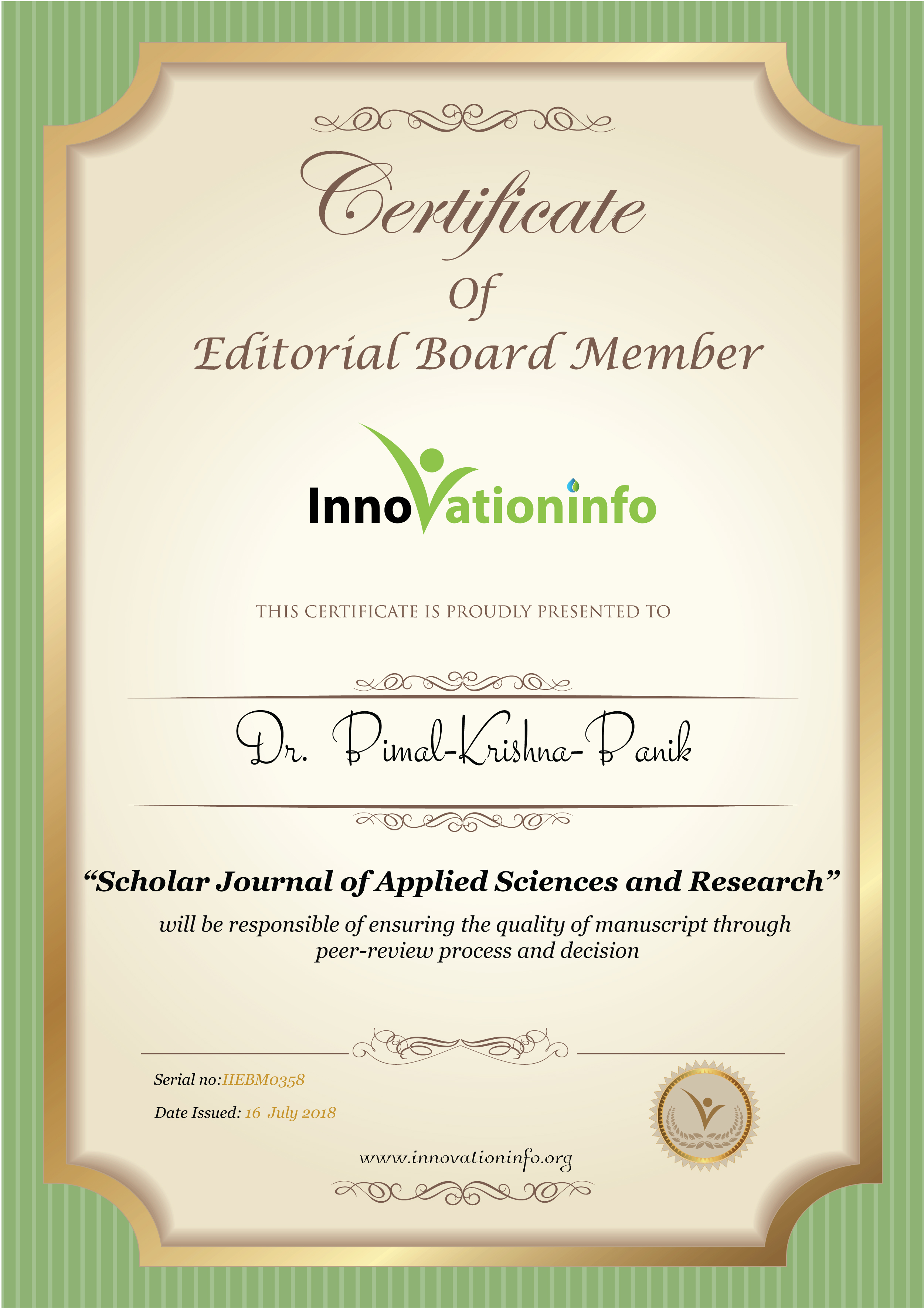