Research Interests: His research interests include Arana-environmental problems resource saving, is the supervisor of the eponymous educational, scientific and university-academic direction of the study performed in conjunction with a number of scientific research institute on problems of development, creation and implementation of automation systems, low-intensity and optimize irrigation in the conditions of insufficient natural moist areas Azerbaijan, in order to develop agriculture and mining study the possibility of creating environmental technologies to combat soil erosion.

Biography: Aliyev Zakir Huseyn Oglu is currently working as an associate professor at RAE academician RAPVHN and MAEP. He has a degree in DFA sciences and he is the author of over 200 published scientific works, including 10 and weighty monographs and more than 15 patents, many of which have found large-scale introduction in production of farmers and others. Farms both in Azerbaijan and in other CIS countries (bw Georgia, Kazakhstan, Tajikistan, Uzbekistan, Russia) as well as in Turkey, Poland and Iran. Taking part in the implementation of a large number of international scientific and economic projects implemented in the framework of the program, "FAO" "ICARDA", "Azerbaijan-Russia-Turkey". "The Azerbaijani-Polish" and others, where he was executive in charge of development, whose works are also successfully introduced agriculture in many countries: in the CIS and far abroad. 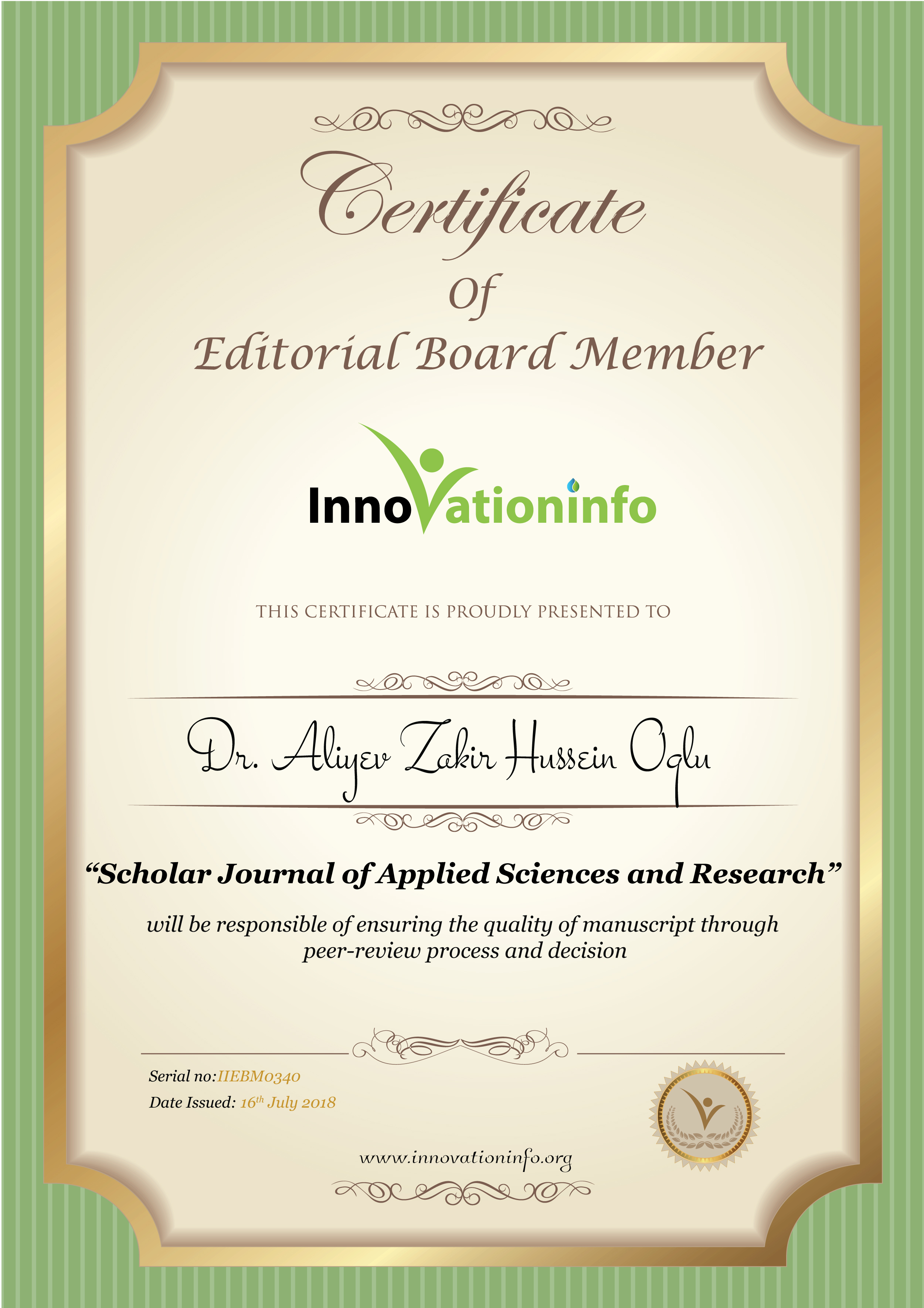